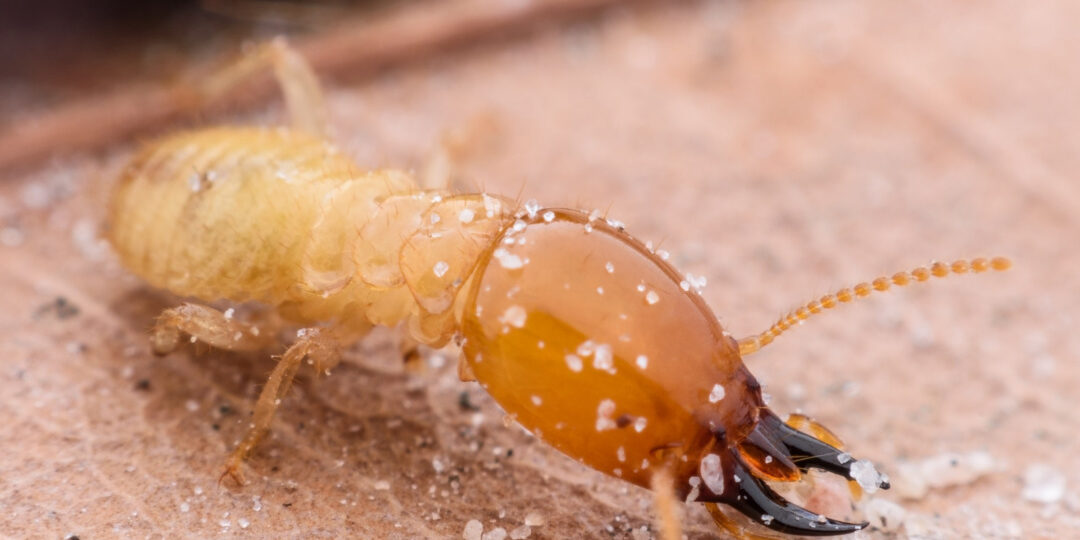 Many people don’t think about termites until they start spreading in the spring, but at Bama Exterminating, we’re on the watch all year. Even in the fall and winter, the southeast part of the United States is a hub of termite activity.

Termite control and extermination are such a major issue in Alabama that the state government has launched a number of public awareness campaigns.

Subterranean termites, both the Formosan termite and the local termite species, are causing an increase in property infestations in Alabama.

The most dreaded destroyer of dwellings is the Formosan subterranean termite. They’re particularly common in coastal counties like Mobile and Baldwin, which are hot and humid. In 2021, however, entomologists expect more major infestations in the central sections of Alabama, according to entomologists.

What Types of Termites Are in Alabama?

Drywood termites and subterranean termites have both been documented to cause damage to properties in Alabama. Southeastern drywood termites (Incisitermes snyderi) are mostly found in southern Alabama.

Are Formosan Termites Found in Alabama?

Fairhope, Alabama, in Baldwin County, sponsored a Formosan Termite Watch Program in 2003. Volunteers assisted in the placement of 109 sticky traps across the city to capture termite swarmers. Once the traps had a few swarmers in them, the volunteers gave them to pest management extension agents at local colleges, who identified swarming Formosan termites in 70% of the sites studied.

The Alabama Cooperative Extension System monitors the spread of Formosan termites in the state. Pest control professionals should report Formosan termite activity to local extension agents or extension specialists at Auburn University to help with study on the range and destructive behavior of this species.

What Time of Year Do Termites Swarm in Alabama?

Termites usually swarm after a rainfall on a hot day. Swarms can also happen in heated buildings throughout the winter. The swarming behaviors of Alabama’s most prevalent species are mentioned below.

The removal of factors that attract termite activity and early detection of termite infestation are two of the most significant components of a termite treatment. Pest control companies usually conduct yearly inspections on properties for whom they have a contract. Unless the homeowner discovers unusual termite activity, this service entails a once-a-year inspection.

Homeowners who do not have a termite contract might contact a pest control company for a termite inspection. The majority of calls are made when a homeowner detects termites swarming inside or outside the property. These seemingly unstoppable wood-devouring insects, on the other hand, are silent intruders who go unnoticed by most homeowners.

What’s worse is termite damage may not be apparent until it is too late. If an infestation is discovered too late, it has already caused significant damage to your home’s least visible areas. As a result, property owners must be diligent in examining their homes and properties on a frequent basis.

Water and cellulose are two things that termites love. Property owners must go above and beyond to eliminate conditions that attract current and future termite activity. Keeping homes and their surroundings dry and clean is part of this. Tree stumps and fallen logs should be removed, and wood waste should be moved away from the home.

The most essential thing is to fix leaky roofs and pipes as soon as possible. Moisture is more appealing to termites than dry wood. Be sure to contact Bama Exterminating if you notice any early signs of termite infestation or if you want to make sure that your home is free from these pests.

How to Stop Itching from Mosquito Bites
November 7, 2022

How Pests Are Stripping away Your Home’s Sweat Equity
November 7, 2022

How Much Does Crawl Space Encapsulation Cost?
October 17, 2022

Options For Termite Treatment In Your Home
September 29, 2022

Everything You Need to Know About Bed Bug Bites
June 27, 2022
Recent Posts
Categories
Go to Top