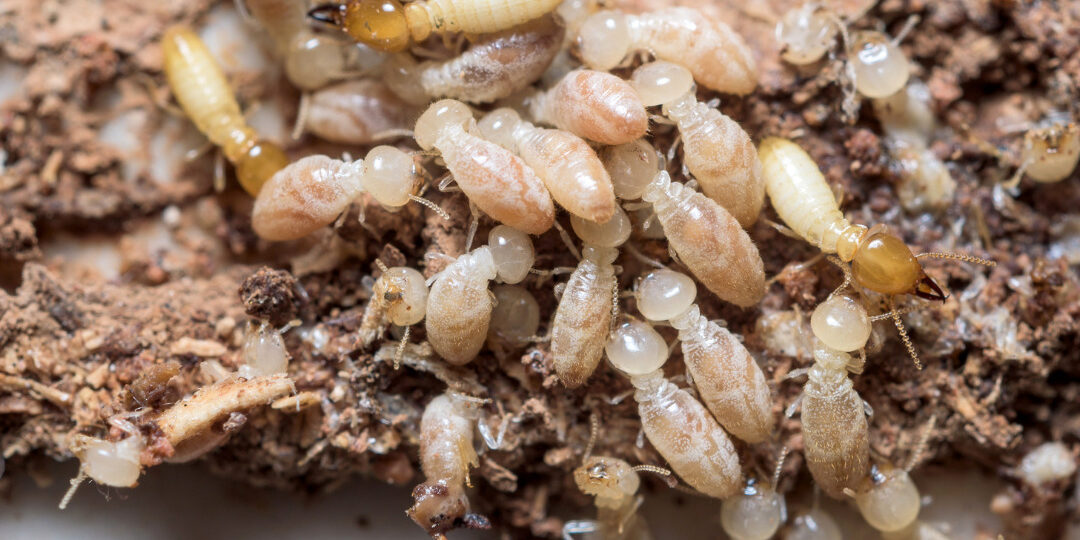 Termites are serious pests for many homeowners and building owners and should be dealt with by a professional right away. Termite control can be very complicated, and homeowners usually have several inquiries. Read more to learn the answers to the questions you have.

Why Worry About Termites?

Every year, termite damage in the United States creates billions of dollars in damage. They eat wood, but they also eat paper, books, insulation, and even pool liners and filtration systems.

Termites can harm live trees and shrubs, although they are more commonly a secondary invader of declining woody plants. Termites may infest structures at any time, but they’re especially noticed when purchasing or selling a property since a termite inspection/infestation report is usually a requirement.

We’ve already had a crash course in Alabama -Termites in our previous article, but let’s take a closer look at the types of termites that can be found in Alabama.

THE TYPES OF TERMITES IN ALABAMA

There are three distinct groups in which termites are divided, subterranean, dry wood, and damp wood. In Alabama, either dry wood or subterranean termites have been well known for causing damage to homes.

The Southeastern dry wood termite (Incisitermes snyderi) is mostly found in the southern part of Alabama.

Dry wood termites get their water from the wood and are quite efficient with it. They get their name from their ability to consume dry wood (13 percent water content).

Swarmers, sometimes known as alates, have two pairs of wings. In the outer half of the front pair of wings, there is a pattern of three or more thick, well-pigmented veins. Swarmers also shed their wings fast after swarming, thus most dead swarmer corpses are found without their wings.

Because underground swarmers will consist of dead swarmers with and without connected wings, this is an excellent feature to identify and differentiate dry wood termite swarms from subterranean termite swarms. Swarmers can grow to be as long as a half-inch in length.

How Did I Get Dry Wood Termites?

Dry wood termites obtain all of the moisture they require to survive and develop from the humidity in the air as well as moisture obtained from the wood they consume.

As a result, dry wood termites can thrive without soil and do not build nests in the earth, preferring instead to build nests in the dry, above-ground wood they infest. Exposed wood or infected goods such as wooden furniture allows bugs to enter houses.

To reach food sources and shelter themselves from the outside air, these termites construct unique tunnels known as “mud tubes.” They consume wood 24 hours a day, seven days a week, biting off tiny bits of wood one at a time with their saw-toothed teeth.

Subterranean termites may wreak havoc on a building’s structure over time, leading to its ultimate collapse.

Subterranean termites or castes are divided into three kinds, based on their physical characteristics: reproductives, workers, and soldiers.

The reproductives are the king, queen, and alates. Alates, commonly known as swarmers, have lengthy bodies that range from dark brown to practically black in color and transparent, milky-colored wings. Their bodies are generally 1/4 to 1/2 inch long, with a few scarcely visible hairs on their wings.

Workers are around 1/4 inch long or less and have a cream-colored body. They have tiny jaws that aid in the chewing of wood and the movement of materials.

Soldiers can be distinguished from the rest because of their huge mandibles. Their heads are rectangular, and their bodies are flat and broad. Their bodies are generally a creamy white hue, similar to workers’, but their heads are darker and more brownish. Workers and soldiers, unlike swarmers, do not have wings.

Formosan termite colonies can be rather big. It’s not uncommon to come across colonies of up to 15 million termites. Which simply means they’re capable of causing a lot of damage to your property.

Subterranean termites in Formosa reproduce in the spring. Females and males will form pairs and lay anywhere from 15 to 30 eggs.

The eggs will hatch in less than a month, and the mature reproductive termites will look after them. The queen will produce more eggs in a month or two, which the young termites will take care of.

Eastern subterranean termites, on the other hand, take years to cause major damage to wood structures.

When they do grow in quantity, the reproducers and the wings they shed during swarming are generally the first to be noticed.

Unlike other termite species, this one swarms during the day in early June. Dark southeastern subterranean termite colonies are tiny in comparison, but if many colonies are present in the same location, swarms can number in the millions.

How Did I Get Subterranean Termites?

These pests dwell in the soil beneath and around houses, and they frequently enter through wood that comes into contact with the ground or by building mud tubes from the ground to the wood they infest. Cracks in concrete walls and hollow-block foundations are also possible entry points for these insects.

HOW TO GET RID OF ALABAMA TERMITES?

To prevent a single problem from turning into a major one, the best thing to do is to contact a professional Termite Control Specialist.

Here at Bama Exterminating, we’ve created a list of treatment plans you can choose from. This is to ensure your home gets the protection it needs at the best price. We offer bundled pest plans to fit your home and family’s needs. Call us today and get the best possible service you can get!

What is a Wood Infestation Report?
January 9, 2023

9 Things To Consider When Hiring A Pest Control Company
May 3, 2021